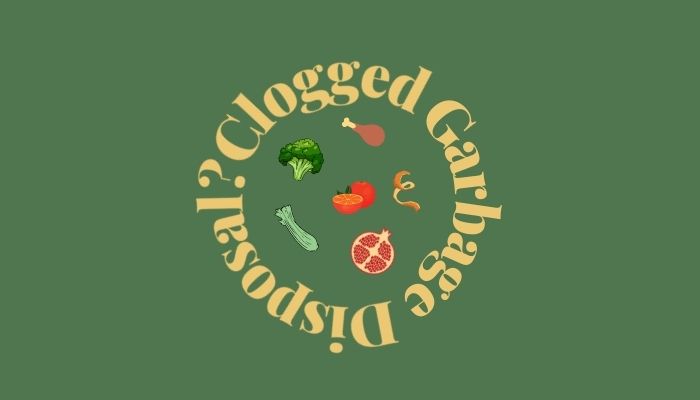 One of the best ways to take care of your garbage disposal is to avoid putting foods in that aren’t meant for it. It’s important to remember that garbage disposals are not trash cans; you can’t throw everything in there (unfortunately). Otherwise, you will end up with a clog. Here are some foods that are safe to send down. 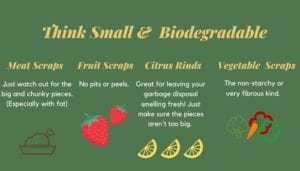 With summer upon us and future barbecues and celebrations ahead, the last thing we want you to worry about is a plumbing problem like a clogged garbage disposal. Especially when you really need it to work! So here’s a quick list of what to avoid putting down the garbage disposal and we’ll discuss further what you can do if it’s clogged.

How to Clear a Clogged Garbage Disposal

1. Safety first. Make sure you turn off the garbage disposal. The power switch is usually located nearby in the cabinet below the sink. And don’t forget to disconnect the actual garbage disposal chord from the power outlet.

2. If the garbage disposal isn’t making any noise, it simply might not be getting power to the outlet. Try resetting the breaker. If it’s making a humming noise, it’s most likely jammed by an object. So we continue.

3. Grab a flashlight and some pliers, and take a look into the garbage disposal opening. If it’s something obvious that’s stuck (like a fork), then removing that should fix the issue. Sometimes it’s caps, pieces of glass, little rocks, random debris etc., which require extra caution. For your safety, avoid putting hands down the garbage disposal, even if it’s off. And if you are having trouble removing the object yourself, we will gladly help.

4. If the garbage disposal still doesn’t work, you might need to reset and manually grind (using a small wrench). Here’s how.

Not Having It? We Have Your Back

If at this point you lose interest or just want someone else to handle it, don’t worry, the experts at Simpson Plumbing are more than happy to help! Or maybe you’ve gone through all of the steps and it’s still not budging. That might mean you’re due for a new garbage disposal. It’s not uncommon, especially if you’ve been living in your home for a while and never replaced it. No matter what, there’s peace of mind when you know that a professional is taking care of the problem. (As well as a sense of relief when you don’t have to look at the grime in your garbage disposal and fish out the culprit, if any.) Over the 40 years of being in business, Simpson Plumbing has seen it all, and we’re prepared! Let us know if you need your garbage disposal repaired or replaced.