As your local Vancouver plumbing company, we strongly believe in giving back to the community. Here are some details about Simpson Plumbing’s recent volunteer efforts. Stay tuned! More to come!

We hosted our third annual Food Drive and are so excited to share the results! With Simpson Plumbing matching each item donated, we brought 2,476 items to our local food bank: Inter- Faith Treasure House. That’s more than double of last year’s contributions and came out to 1,680 lbs of food. We’re so grateful for every customer, employee and community member who donated food items and partnered with us in giving back to the community.

This year, we had a wonderful opportunity to partner with Santa’s Helpers and adopt a family for Christmas. Santa’s Helpers is a local group that was organized to pair families in need and who wouldn’t have Christmas, with people in the community who could help. These families/individuals in need receive clothing, gifts, home essentials, canned goods, and a Christmas dinner. We had the honor of providing that for a family of three. We wrapped up all the goods and dropped them off December 3rd at the organization. They will then be delivered to the family before Christmas. We’re thankful to be able to give back to those in our community. Our customers play an important role in making that happen by supporting us.

We hosted a Community Food Drive collecting food items from October through the end of November. All proceeds went to the Inter-Faith Treasure House, a local thrift store that also functions as a food bank for the community. We were blown away by the generosity of our customers and community members.

Over 300 items were donated by our customers and community, and with an equal match from Simpson Plumbing we delivered 600+ items to the Treasure House! This food supports local students and families in need. The Treasure House is part of the backpack program which sends students that rely on school lunches a bag of food every wee. We had the great opportunity of volunteering at Race to Remember in downtown Vancouver. Our ladies, Beth, Cheri, Emily and Marianna, came out Saturday morning to set up a company booth and run one of the water stations. Beth and Emily passed out snacks at the booth to the runners once they crossed the finish line.

Meanwhile, Cheri and Marianna ran a water station, offering cups of water and Gatorade to the runners at the turnaround point. Though it was a gloomy and rainy day, it was a wonderful way to join the community in remembering those who served our country!

We also wrapped up our first food drive that we hosted as a company! On behalf of our company and those who participated from our community, we were able to give to the Family Community Resource Center of the Camas School District and the Family Resource Center at Hathaway Elementary (in Washougal).

Our donation to Hathaway Elementary helped supply 21 families representing 29 children with weekend food in their building alone. We are so happy to be helping the students in our community.

We donated food to the St. Matthew Lutheran Church in Washougal, Washington, to support students who rely on school lunches for their main source of food. When school ends, there are a few weeks before summer programs start, which means students can’t go to school and eat. The church was collecting food to be able to send home with the students during that time, and we were happy to help!

Vince and Christian joined Habitat for Humanity in Vancouver to work alongside other volunteers at one of their newly built houses. They became painters for a day — but of course only for a day. They’re much better at plumbing, anyway!

We partnered with Meals on Wheels and had Donovan and Marianna greet people at the doors of New Seasons to tell them how to donate to Meals on Wheels.

On this rainy Friday, our team split up into two groups and went to work! One group picked up trash from all around the streets of downtown Camas. We picked up enough trash in the area to fill three large garbage bags!

Next, we went to the Inter-Faith Treasure House in Washougal, where we did a little bit of everything.

Meanwhile, our other group went straight to the West Columbia Gorge Humane Society, where they dug out rocks so they would have some space out front for a small garden. A few others were loading the truck with old cat towers, scratching posts, and other things to take the dumpster. 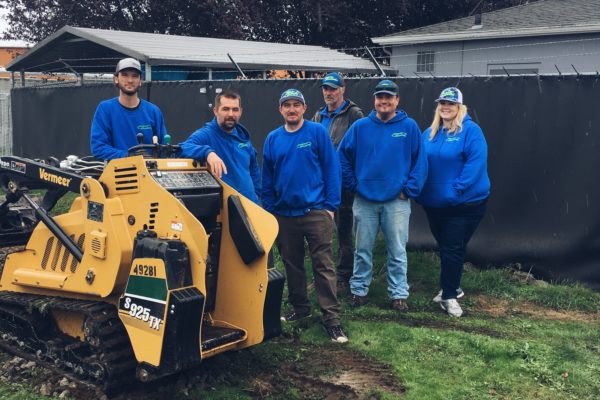 Local Support and Serving the Community

We regularly volunteer and are looking for opportunities in the community. Please contact our office if you’d like to request our time for a nonprofit or charity.

Plumbing problems can be frustrating and expensive. Our team is dedicated to making your life easier and your plumbing affordable. That’s why so many of our neighbors have turned to us for all their plumbing needs for almost four decades. 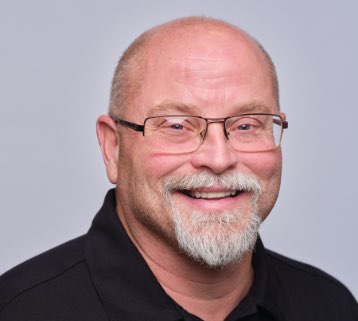 Same Day Service When You Need It

We offer a loyal customer agreement that includes scheduled checkups and maintenance that will prevent small problems from becoming big ones.

Members of our Service Plan get an additional 15% off an install.