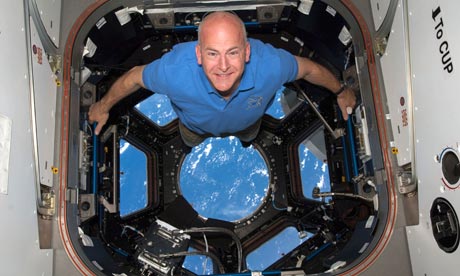 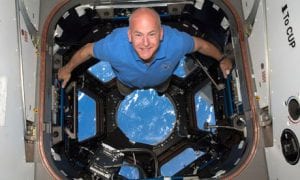 You know how your home plumbing works, but have you ever considered how plumbing operates in a zero-gravity space station?

Resources such as square footage and water supply are limited inside NASA’s International Space Station (ISS), so engineers have devised creative ways of keeping the astronauts comfortable. Water and waste cycle through a complex filtering system in order to reclaim as much H2O as possible using the Environmental Control and Life Support System (ECLSS).

With ecological concerns in mind, the ISS maintains a miniature water treatment plant on board to provide a higher level of cleanliness than most plants on Earth. Reasons for improved water processing include a urine recycling system in which both the crew and laboratory animals’ liquid waste is recycled and converted back to drinking water for optimal water savings. Because astronauts will consume this liquid, it is essential to keep water microbe levels at bay, as fungal growth can lead to both technical issues and crew illness. Medical problems on the ISS a particular concern due to the lack of nearby medical intervention should serious illness occur.

The Station’s air stays clean and pleasant due to a network of tubes carrying pressurized oxygen and nitrogen from the Shuttle to storage tanks. These ducts prevent the buildup of gas by moving cabin air from all areas of the Station to carbon dioxide scrubbers that purify and re-release it once again.

What happens to water during orbital free fall?

In Earth’s gravity, air rises and forms a layer on top of the water due to its lower density. During free fall, in which zero gravity is present, density differences between water and air become irrelevant. Air forms a core that flows through the center of the pipe, and water surrounds this core.

On Earth, gravity pulls water and air through pipes naturally. However, in a gravity-free zone like orbit, stagnation occurs without a little help. The ISS plumbing system includes pumps and fans to create the needed pressure that coaxes liquids and gases down and through their plumbing.

Orbital free fall also makes unique requests of faucet fixture designs. Standard fixtures will not work without gravity, so water is kept in a sealed container that attaches to a dispenser that releases requested amounts with the press of a button. 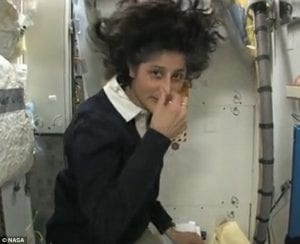 So fresh and so clean

In order to perform basic bathroom activities, crew members need to adjust to some new equipment. The ISS lavatory will not operate using conventional toilets and sinks, so astronauts buckle themselves onto a toilet using a seatbelt and use two machines that separately move fecal matter and urine away from them using air flow created by suction. Solids are stored and eventually ejected into space, where they disintegrate. Liquids are recycled, as per the urine recycling system.

Out of all the adjustments that astronauts have to make to exist in outer space, the space toilet is one of the strangest.

Whether on the ground or in space, human plumbing needs are the same. The technology required to meet those needs is different, and may seem alien to those of us who spend our days in Earth’s gravity. Could you adjust to space plumbing?