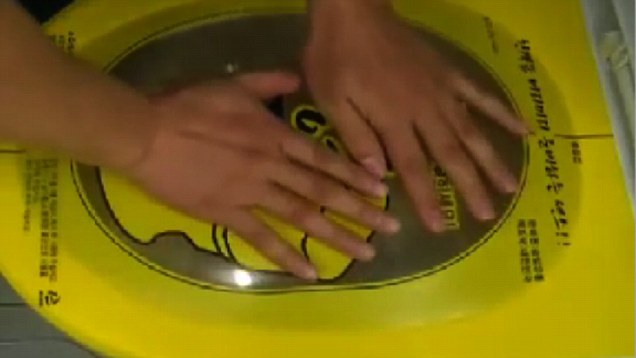 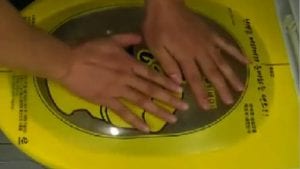 If you’re like most people, unclogging your toilet is low on your list of enjoyable activities. However, when those pipes clog, they need instant attention to prevent further clogging, overflowing, and unnecessary house calls to remedy any damage.

Despite the technological advancements we enjoy in the modern world, no one has dreamed up a technology that solves the problem of a messy, clogged bowl without the help of a trusty, if somewhat primitive, plunger.

A Korean inventor, Seung-il Kim, has developed a pressure-based tool that operates using the same principles as a plunger, but with more potency and less potential contact with the contents of the bowl (a major win!). The device, named Pungtu, involves the adherence of a plastic film, creating a seal over the toilet bowl. When you flush the toilet, the film bulges up, creating strong pressure that removes the clog.

According to Kim, he developed the prototype years ago, but has been working on finding the perfect adhesive to withstand the pressure necessary to remove the clog that can attach to ceramic surfaces.

Want one now? While the Pungtu is only for sale in South Korea and costs $24 for a package of three, Kim’s goal is to eventually sell his products worldwide and make the Pungtu standard in every household.

Until the Pungtu floods our US market (pun definitely intended), you may be wishing for toilet clog-resolving solutions that are less “hands on” than what you’re accustomed to. Never fear, there are ways to increase the productivity of your plunge without having to get any closer to the stuff you’re trying to get rid of.

Plunging your toilet isn’t often a thrilling experience. However, with the help of a few savvy tips and a revolutionary new product on the horizon, it’s getting better by the minute.

Have a stubborn clog that resists even your best efforts? Call Simpson. We’ll help bring back the flow.